With the growing rise of the entertainment industry, there is a growing need for good content. Talent costs money, so producers need all the help they can get to finance their production and create a desirable product.

The UK government wishes to attract talent and production activities to the UK so has set up some generous tax incentives for creative industries, which can be used to help fund your production.

Reliefs are available for all types of films, intended for release to a paying public, including films first shown in the Cinema and those created specifically as a TV series.

These tax reliefs are available to approved co-productions as well as certified British Films, so it is worth checking them out.

A film made by a film production company in the UK may qualify as a British film and hence be eligible for Film Tax Relief in computing its UK corporation tax liability. There is a special set of cultural tests to pass before a film may be certified as British, and at least 10% of the films production spend must be in the UK. The production company must be set up in advance of filming and apply via the British Film Institute (BFI)

The UK has many international co-production agreements. If registered as a co-production then the UK production company may be eligible for Film Tax Reliefs, even if the overseas partner in the film undertakes most of the production activities.

Remember to set up the UK production company and register as an official co-producer in advance of filming or you may not qualify for relief.

Initial relief is by an enhanced deduction from profits before tax, up to 80% of core production costs, or actual UK spend

And, if the production is loss making then there is a secondary relief available by way of a 25% cash credit.

Relief is not dependant on the film being completed – it may be claimed part way through production, as long there is still the intent for theatrical release of the completed film.

Also See: Saving Tax By Making Your Spouse a Shareholder

Only certified films can get this relief.

Certification as British is based on nature of many different aspects of the film.

Certification as a Co-production is only possible if in line with the relevant agreement.

Setting up a film production company must be done in advance of filming as must co-production registration.

It is therefore very important to check the rules at the planning stage and to set up systems that can help you easily identify and then record nature and location of staff, work and spend.

Lack of planning can cost you these reliefs.

Relief is based on costs,

Which part of the film are staff working on? and What are the costs for?

Who’s costs are they?

Where is that work done? – UK or elsewhere?

All this needs to be recorded, and if done as you are going along then it will be easier to categorise results and hence prepare the required figures.

Planning and good record keeping are key to being able to claim these reliefs in a timely manner.

Let DNS Accountants assist you in your journey

Also See: How to work out and claim relief from Corporation Tax trading losses?

Any questions? Schedule a call with one of our experts.

Book a call
About the author

Book a free consultation and find out how we can help you save tax, reduce your admin and grow your business. 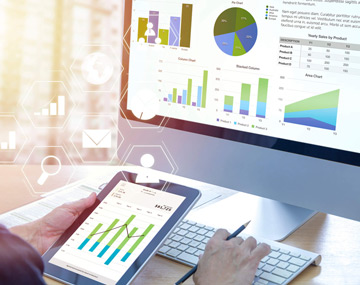 If you’re using spreadsheets or desktop software for your accounting

As a landlord, you can buy your properties as an individual and pay

Receive accounting news and updates in your inbox

Online and in person accounting

Whether you prefer to meet and speak over the internet, or if you prefer an in person conversation we can help you with your preference.

Register for one of our webinars

From starting a limited company to tax efficiency tips, we've a range of business guides for you to download and keep.

See how dns can help
you today.

Our experts will work with you to reduce your corporation, personal or any other tax liability, all within the rules of the UK tax legislations. We’ll ensure you’re claiming all allowances and expense claims that you would be elegible for.

We give free software to all of our clients. You’ll be able to raise sales invoices, snap pictures of receipts and be MTD compliant with ease. You can even manage your business anywhere there’s an internet connection, thanks to our mobile app!

Successful business owners are those that are on top of their numbers. Businesses are driven by the numbers behind them. If you’re not reviewing your profit & loss or balance sheet regularly, how would you know how your business has performed and how would you make proper business decisions? We can help you make sense of your numbers.