For many self-employed and UK businesses, the stakes couldn’t be much higher than they are right now. The last year has been the most unprecedented in our lifetimes Support for the self-employed and SMEs is vital for those that are adjusting to the shock of the pandemic and Brexit in the past year.

Rishi Sunak said he’ll do “Whatever it takes” to support individuals and businesses throughout and beyond the pandemic. On what was being deemed as the most important budget in a generation, did the Chancellor deliver the support and confidence to the businesses that need it the most?

Read on to find out…

Covid-19 Support and Grants for businesses

Extension of the Furlough Scheme

It was re-confirmed that the furlough scheme will be extended until the end of September. This will be a lifeline to many businesses who need time to reopen and recover.Employees will continue to receive 80% of their salary. However, the Government are expecting businesses to contribute. In July, businesses will need to contribute 10% in August & September 20%.

Business owners can now continue to use these schemes and bring workers back over time whilst their businesses recover. However, some businesses have already been finding it difficult to meet the ongoing costs of placing employees on furlough, with Employer’s National Insurance, pension costs, and the accrual of holiday pay. So, this additional contribution expected by the Government could make it too expensive for some businesses as they reopen.

Directors of Limited Companies -It was disappointing to not see any help to those directors working through limited companies and paying themselves with dividends,continuing to NOT be counted through the furlough scheme.

Today it was announced that SEISS would continue until September with a fourth and fifth round of the grant for the self-employed.

The grant scheme will now also be extended to those that didn’t qualify last year because they were newly self-employed. If you’ve filed a tax return by midnight last night (2ndMarch 2021) you will now be eligible to claim the 4th and 5th grants.

The extension and widening of the scheme is good news for the self-employed generally and we are pleased that there is now some support for those that had to manage in the past year with little or no COVID support.

Bounce Back and CBILs loans are due to come to an end on 31st March 2021 and today it was announced that a new Recovery Loan Scheme would be put in place for businesses of any size.

Loans will be available from £25,000 to £10m and will be accessible through to the end of this year. The Government are providing a guarantee to lenders of 80%.

Additional Government backed loans are a welcome addition for the remainder of the year. However, many business leaders were calling for debts accrued through the previous Government-backed loans to be written off for small and medium-sized firms. So, it was disappointing today to see that the Chancellor seems to have ignored this lobbying, with no changes on the paying back of previously taken Government backed loans announced.

Business rates relief will continue with the 100% business rates holiday until the end of June for businesses in retail, hospitality, and leisure.

For the remaining 9 months of the year, business rates will continue to be discounted by two thirds. There will be some caps for businesses that have been able to stay open.

This is good news for businesses in some of the hardest hit sectors.

Another boost for the hospitality and tourism sector was the extension of the 5% reduced rate of VAT. This will be extended until 30th September 2021. After that, an interim rate will be introduced of 12.5% for another 6 months. This means that a return to the standard rate of VAT will not return until April next year.

Current grant schemes are due to end in March, but today it was announced that there will be a new Restart Grant launched in April.

Non-essential Retail will receive grants of up to £6,000 per premises.

Hospitality & Leisure businesses (including personal care & gyms) will be eligible for grants of up to £18,000.

An additional £425m has been put aside for discretionary business grant funding for local authorities to distribute. The scheme will begin in April 2021.

It will be worth exploring if you could be eligible for these grants and additional local authority money if you are in one of these hardest hit sectors.

This will help businesses in recovering and restart once the economy opens.

As expected, the Chancellor announced a sharp increase in Corporation Tax rising from 19% to 25%. However, he sought to soften the blow by announcing the increase will not take effect until April 2023. This rate remains the most competitive in the G7, but despite this it will not be a welcome announcement for profitable UK businesses. However, this rate rise will not affect struggling businesses as it is a tax on profits.

As rumoured, the Chancellor has announced that small businesses with profits of £50,000 or less will be subject to a ‘small profits rate’ which will be at the current rate of 19%.

A new ‘super deduction’ tax relief was announced to encourage investment into the UK and boost its recovery from the pandemic.

The relief will come into effect next month (April 2021) and last until the end of March 2023and will be especially popular with manufacturing and construction firms.

This will mean companies investing in qualifying new plant and machinery assets will benefit from a 130 per cent first-year capital allowance and 50% first-year allowance on qualifying special rate assets.

The existing annual investment allowance will remain unchanged to £1m until the end of 2021.

This upfront super-deduction will allow companies to cut their tax bill by up to 25p for every £1 they invest. This is the biggest business tax cut in British history.

This is great news for businesses who have been considering investment in plant & machinery, as this initiative may provide a huge savings to that investment. Details need to be seen about what assets will qualify but it could provide businesses with the confidence to invest cash sooner rather than later.

Businesses will be temporarily allowed to carry back trading losses from one year to three years. The amount that can be carried back will be of up £2m for the next two years – 2020/21 and 2021/22.

This will give more flexibility for companies to utilise their losses and the ability to claim additional tax refunds.

It doesn’t come as a surprise that there was no announcement of extending the off-payroll reforms as Parliament had already commented the reforms will go ahead as planned since the legislation was passed enacting the reform from April 2021.

A technical change to the definition of intermediary will be made to ensure Umbrella companies or employment intermediaries deducting employment taxes are not caught under the legislation.

The National Living Wage will increase from April 2021 to £8.91. This will place some additional financial burden on businesses as they are recovering.

The Government also committed more money to triple the number of traineeships.

Small businesses will be given help to boost their software and training under a Help to Grow scheme. These schemes will be:

Help to Grow Management – to cover funding of management and executive training with the Government funding 90% of the cost.

Businesses can already register for these here.

There will be no rise in income tax rates. However, there will be a freeze on personal tax thresholds for the coming year.

The Chancellor confirmed that there will be no rise in National Insurance.

It was announced that current IHT threshold of £325,00 will remain until April 2026, which is not good news for people who may inherit during this period.

The pension lifetime allowance will remain at £1,073,100 until April 2026 which may affect older business owners wanting to heavily invest in their pension for retirement.

There was a surprise announcement that the Annual Exempt amount in Capital Gains Tax would remain at the current level until April 2026 and there were no rises in the CGT rates as many had predicted after a report submitted by Office of Tax Simplification (OTS) in November 2020.

This will be a welcome surprise for people selling on business assets, second homes and non-ISA shares.

Housing and Other Taxes

The Treasury also unveiled a mortgage scheme to help first-time buyers with low deposits to buy a home. Buyers will pay just 5% deposits to buy homes worth up to £600,000 and the Government will offer lenders the guarantee to provide mortgages covering the remaining 95%. Several banks will be offering these mortgages from next month.

This and the extension to the stamp duty holiday announced in July last year and will no doubt boost the housing market and the construction industry as demands for new homes rise. However, the fallout may well be rising house prices and a possible shrinking of the rental market, which will not be welcomed by landlords.

The planned rise in fuel duty has been cancelled. This will be good news for fuel heavy businesses such as hauliers.

It was announced that more money and 1000 investigators would be set up as part of a new HMRC task force to tackle COVID fraud. There will also be additional measures and money to clamp down on tax avoidance and evasion. More details to follow on this.

The Government laid out their future plans beyond Coronavirus and announced plans for a new infrastructure bank to fund green public and private projects.

Consultations will also be started to look at R & D tax reliefs and Enterprise Management Incentives (EMI) to make sure that these remain internationally competitive.

There was also an announcement about the introduction of free ports across 8 UK regionstocreate jobs and make it easier and cheaper to do business.

Today’s Budget has been like no other, with many businesses still on their knees or struggling after the devastating impact of the pandemic. The Chancellor has attempted to offer ongoing help for the immediate Covid-19 crisis by relieving companies under pressure whilst also trying to set the economy on a path to investment led recovery.

Today’s announcements are positive in the main, with some of the predicted changes reported earlier in the week failing to materialise or being delayed.

The Government seem to have offered the self-employed and business owners more support, to ensure they are at the heart of the recovery. The delay in some tax rises will be welcomed by many businesses. However, over the coming years with some initiatives ending and loans to be paid back, there is still reason for caution and worry for many business owners.

The team here at DNS are here to support and advise you every step of the way. So, if you have any questions or concerns, get in touch. 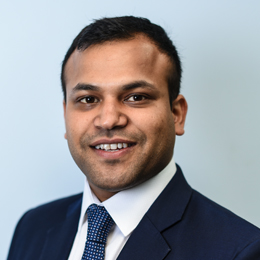 I am currently pursuing to become a chartered tax advisor and joined DNS in 2014. With more than 7 years of experience in advising owner managed businesses, I deal with a wide spectrum of tax issues, both for company and personal tax. My expertise cover owner managed business taxation issues, company re-organisations, property taxation and succession planning.

Off-Payroll Working Rules are coming - Are You Ready?

Starting Up Right - What to Consider When Setting Up A Business