What Is a Public Limited
Company (PLC)?

What does PLC mean?

A PLC is a limited company under the United Kingdom laws whose shares are freely sold and traded to the public. The public limited company is listed on the stock exchange, where its shares are traded publicly. The company has separate legal apart from its members who operate it. Rules, laws, and regulations govern the company's working process and activities. 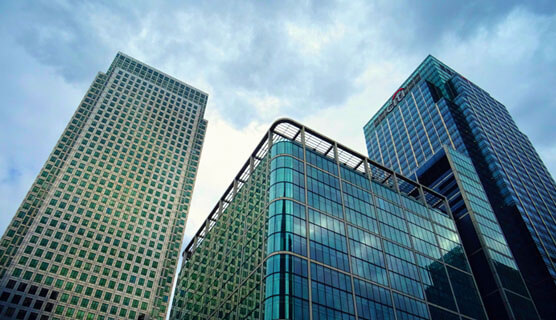 Public limited companies operate differently from private limited companies, but they are both in the business for profit-making. The PLC can be owned by two or more persons who own shares of the company, and all the names of the company's members need to be kept in an index. The company needs to have at least two directors and a fully qualified secretary. Its accounts are required to be submitted to HMRC within 6 months of the end of the financial year.

Public companies offer shares of stock to the general public, and the buyers of those shares have limited liability, meaning they are not held responsible for the company's debts or any losses. The public companies in the UK operate the same way as the public corporations in the United States, its activities are regulated and are as well required to publish periodic reports to shareholders on their actual financial status.

Is a limited company private or public?

Limited liability companies are public companies, meaning the public has a certain amount of ownership.

The company laws in the UK state that public companies should have the company's resignation after the company name and minimal share capital of 50 thousand pounds. PLCs offer different types of shares, including ordinary and cumulative preference shares. Ordinary shares are also known as common stock, these give the holders the ability to vote during meetings, and the holders can also take dividends from the company's profits. On the other hand, preference shares don't come with voting rights, but they have an advantage when receiving dividends as they are first in line when it comes to receiving dividends.

Have at least two shareholders

PLCs are required to have at least two shareholders

Have issued shares to the public to a value of at least £50,000 or the prescribed equivalent in euros before it can trade

Be registered with Companies House.

The PLCs are required to be registered with Companies House, an agency of the department for business, innovation, and skills.

PLCs must have a minimum of one director. The directors can be anyone, but the individual should not be a subject of bankruptcy restrictions order or over 70 or under 16 years of age.

Have a qualified company secretary

Advantages of being a public limited company

Both public and private companies have their advantages and disadvantages, and we shall look at these in detail below.

The formation of the public limited company and how it operates gives it so many advantages, and we have listed some of these advantages below.

Public companies allow their members to raise capital faster than private limited companies; this is because public companies offer shares to the public, and anyone can invest their money in the company. Listing the company's shares on the stock exchange can also attract investors who are willing to invest lots of funds to the business.

Widening the shareholder base and spreading risk

When the company offers its shares to the public, it also spread the risk of company ownership to all the people who hold shares of the company. Early investors can also sell some of their shares for a profit and still be able to have shares in the company.

PLCs have many opportunities when it comes to sourcing finances to operate the company. Banks and other financial institutions have faith in public companies and hence are willing to borrow money from the companies, especially those that are usually listed on the stock exchange market. The PLCs are also able to negotiate interest rates and repayment terms to obtain a loan.

Since public companies have the advantage of obtaining finances more efficiently, this also means they can quickly expand by investing in new projects. The company can also make a capital expenditure to support and enhance the business, make acquisitions, fund research and development, and pay off existing debts; this also allows the company to grow organically.

Public limited companies have a high status, which has a significant impact on how the company is viewed. Many people notice public companies, especially when they are listed on the stock exchange; as a result, people will recognize the products and services offered by the companies more often. And better brand recognition will lead to more sales.

Founders of public companies can choose to leave the company anytime they want. Since transferring shares is easy, these founders have increases chances of getting bit interest from potential suitors.

Disadvantages of being a public limited company

The legal and regulatory for public limited companies have more restrictions when compared to private limited companies; this is to help protect its shareholders. For example, a trading certificate should be taken from companies House before the company is allowed to trade, the companies are required to have at least two directors, several onerous rules apply concerning loans to directors, and there should be transparency when it comes to the accounts which must be produced within 6 months of the end of the financial year.

Public limited companies are required to be transparent to the Companies House. They need to have their accounts audited, and they are unable to file abbreviated accounts; everything about the companies' operations and activities must be in detail, and then it's made available to anyone who wishes to know more about the company. As a result of this too much transparency, PLC accounts are often scrutinized by analysts and will receive comments from the media.

With public limited companies, anyone can be a shareholder. Therefore, power is shared among many people; hence it's difficult to know who fully controls the company and who the directors are accountable to. The original founders may lose power over the business as time passes as they focus on managing shareholder expectations.

Public limited companies can be vulnerable to takeovers when the majority of shareholders agree to a bid. Since shares are easily transferred, a potential bidder can build up a shareholding in advance of planning a bid attempt.

The public limited company's share price represents the worth of the company. So when investors invest in the company, they will expect a good return; thus, there will be a need for the share price to go higher. This will make directors of the company focus on short-term results and therefore miss out on great opportunities and threats.

When starting a Limited company, the founders must have at least 50, 000 pounds of nominal share capital, 25% of the money is paid up, meaning only 12, 000 pounds remains to operate the business, while with a private limited company, founders can start with any amount.

When starting a public limited company, you must present the minimal amount of 50, 000 pounds of nominal share capital, 25% of the money is paid up, meaning only 12, 000 pounds remains to operate the business, while with a private limited company, founders can start with any amount.

Public companies must have at least two directors, while private companies may have a sole director.

Public companies cannot do business or borrow money before the register of companies can issue a certificate under the Companies Act 2006. On the other hand, a private company can commence business the minute its registered.

Directors of private companies hold or control all or a majority of the company's share while many different people hold shares of a public company, and the directors do not control them.

How do you change a private company to a public company?

A private company can change to a public company by the alteration of its Memorandum and Articles of Association to make all the changes needed by the provisions of the Act for the private to hold the public company status.

Yes, a public limited company can become privately owned. However, the process is very long as the founder will have to assemble all the members and tell them about the issue of changing the company. After that, the issue should also be reported to Companies House, and they will require you to follow all the necessary steps of changing the company to a private limited company.

Why do companies become public?

Who is a public limited company controlled by?

Shareholders own the company, but the board of directors is the ones who control it.

What happens when a public limited company goes bust?

A bankrupt public company may use chapter 11 of the bankruptcy code to recover the business to make it profitable again. Managing the company continues properly, but a bankruptcy court must approve all significant business decisions.

What are the 5 examples of public companies?

Get the best advice on tax savings, accounting services, payroll, self assessment, VAT and more, whether you want to call us directly, request a call back or chat online with our experts, rest assured that we will always give you the best advice.If you have any questions, or would like to speak to us in person, please do get in touch. We're here to help.

Award winning experts
trusted by many

We're proud of our clients and their success. Find out more about them and
the help and support we provide.

“I recently started my own company and in need of a good accountant. With my friends reference, I started DNS accountancy services and I am a quite satisfied with their service. My account manager Sneha Gurudutta was always responsive and guided me a lot especially during my company early days. Keep u the good work.”

“I have been DNS for the last 3 months and I am very happy with the service. My account manager Sneha Gurudutta guided me and helped me with all the major/minor steps with the account setup. The weekend support they provide is really helpful. I would definitely recommend DNS to all my friends.”

“Unfortunately my son passed away without leaving any contact name of his accountant. I was able to make contact with the firm through HMRC. The staff were very prompt, caring and supportive in settling his income tax account. I was extremely impressed with the efficient caring and supportive service received from all of DNS staff.”

“Been with DNS Accountants for more than a year I would highly recommened their services. My account manager Sneha has been very helpful and helped with accounts and queries swiftly always! Having a good accountant means you can fully focus on your business, not worry about accounts and tax matters. Thank you DNS :-)”

“I have been extremely satisfied with the service I have been receiving close to past 1 year. Very professional, transparent and helpful. Special mention of my Account Manager Minakshi Arora who made my transition very smooth and always ready to go that extra mile to support and make customer happy. Definitely recommended.”

“I've recently set up a Ltd. Company and signed up with DNS for my accounting services. I've found it very good value for money and hugely helpful in terms of advice and guidance. I have a named Account Manager, Sneha Gurudutta, who keeps in contact with me and offers advice on line and on the phone... I'm really pleased with the service.”