HMRC secures another IR35 victory at Upper Tribunal (UT) and overturns the decision of first tier tribunal made in favour of Kickabout productions back in June 2019. After taking all the factors into consideration, Judge Mr Justice Zacaroli announced the judgement against the Radio presenter and comedy writer “Paul Hawksbee” and in favour of HMRC at the upper tribunal.

This case was filed by Paul Hawksbee’s personal service company “Kickabout productions” against the notice issued by HMRC to pay Tax and Class 1 National Insurance contribution amounting to £143,000 for the period of 2012 to 2015. Radio presenter Paul Hawksbee was challenged by HMRC for not being compliant with IR35 rules in relation to the contracts performed via their personal service company. He began presenting a live show as a co-presenter along with Andy Jacobs for Talksport radio on weekdays. He had signed two agreements with Talksport within the period of 3 years starting from 2012-13 to 2014-15, that constituted around 90% of income of the kickabout productions. First Tier Tribunal (FTT) took two issues into consideration –

Following the FTT decision, declared in June 2019, many factors that were presented previously were interpreted in a different way at UT that overturned the decision and made it in favour of HMRC. There are certain factors that completely go against Kickabout productions at upper tax tribunal as announced by Judge Zacaroli –

It is really surprising and unexpected ruling. Before arriving at any firm decision or conclusion, analysis should be done carefully in order to know – What type of impact it will create on IR35 and off-payroll for more traditional based contractors in Engineering & IT industry.

This is a huge victory for HMRC, especially after losing at the FTT. Though many of the presenter cases are still settling down through the courts, the facts of each case might contradict each other, resulting in different results and therefore a conclusive analysis cannot be reached. Every case in the court has been assessed on its own merits but it seems that the reality of the situation is not properly reflected due to badly drafting of the contracts.

Therefore, it is vital agencies and clients take time to review their contracts before the off-payroll kicks in April-2021, to ensure they mirror the working practices. 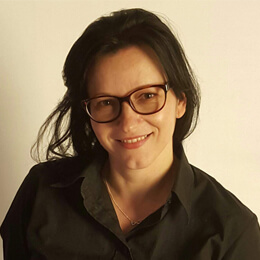 I have been working as a UK accountant since 2008 and experienced in providing services to various types of businesses. I have completed management level CIMA qualification & a degree in economics. I specialise in handling tax planning, year-end review meetings, IR35 contract reviews, IR35 expert advice, closing down illustrations and assisting with the closing down process as well.

Changing of class of shares

Temporary Reduction in VAT Rate for Hospitality and Leisure Sector

Termination of appointment of Company Secretary